The Gay Gulch Zone is situated adjacent to a prominent eight kilometer long northwest trending magnetic low named the Eldorado Fault which has numerous gold showings located along it.  At Gay Gulch, the Eldorado Fault is intersected by a younger north trending “magnetic low” fault that creates a kink or bend which is prospective for focusing of gold-bearing quartz veins.

A location map (Figure 1) of 2019 drill targets, and a map (Figure 2) of planned Gay Gulch holes is included below. 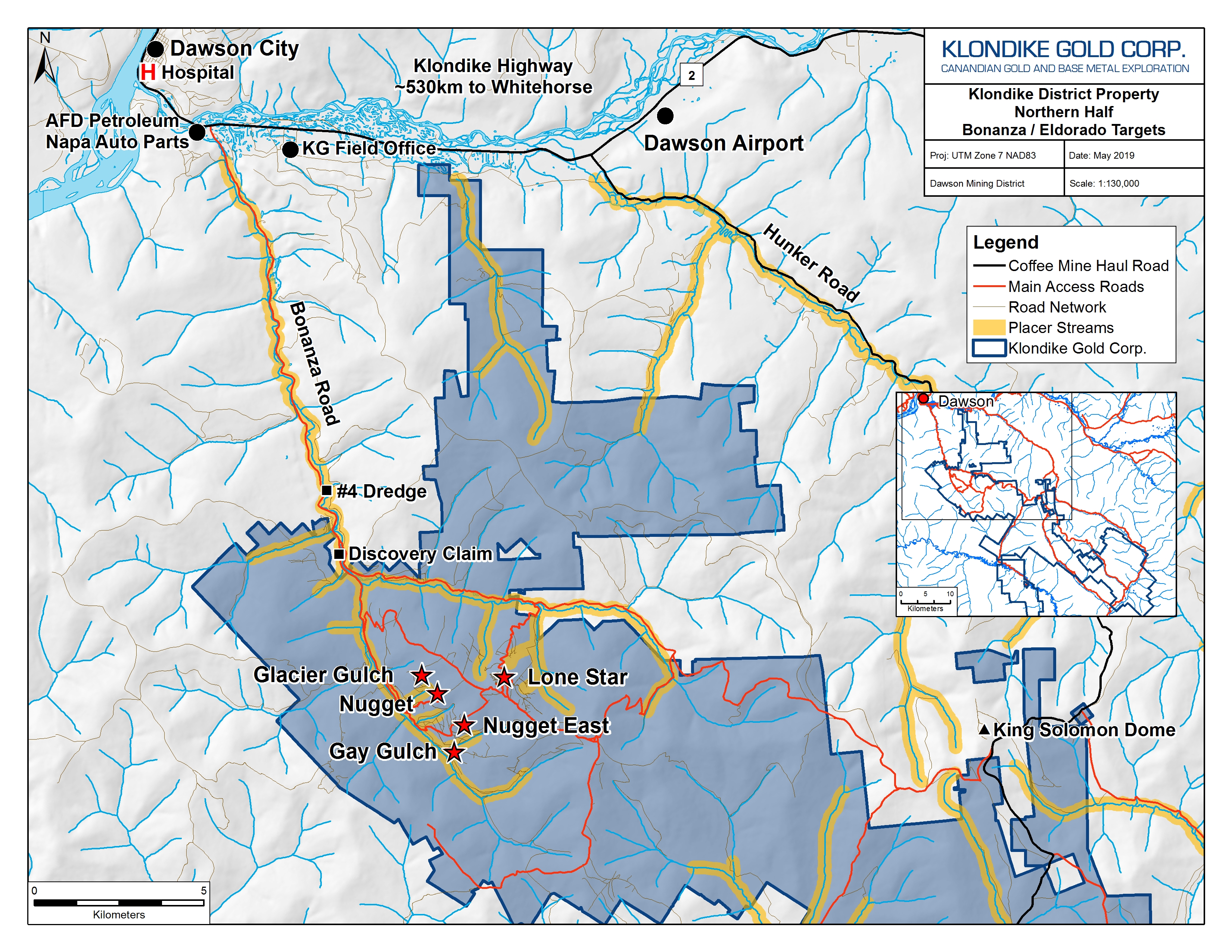 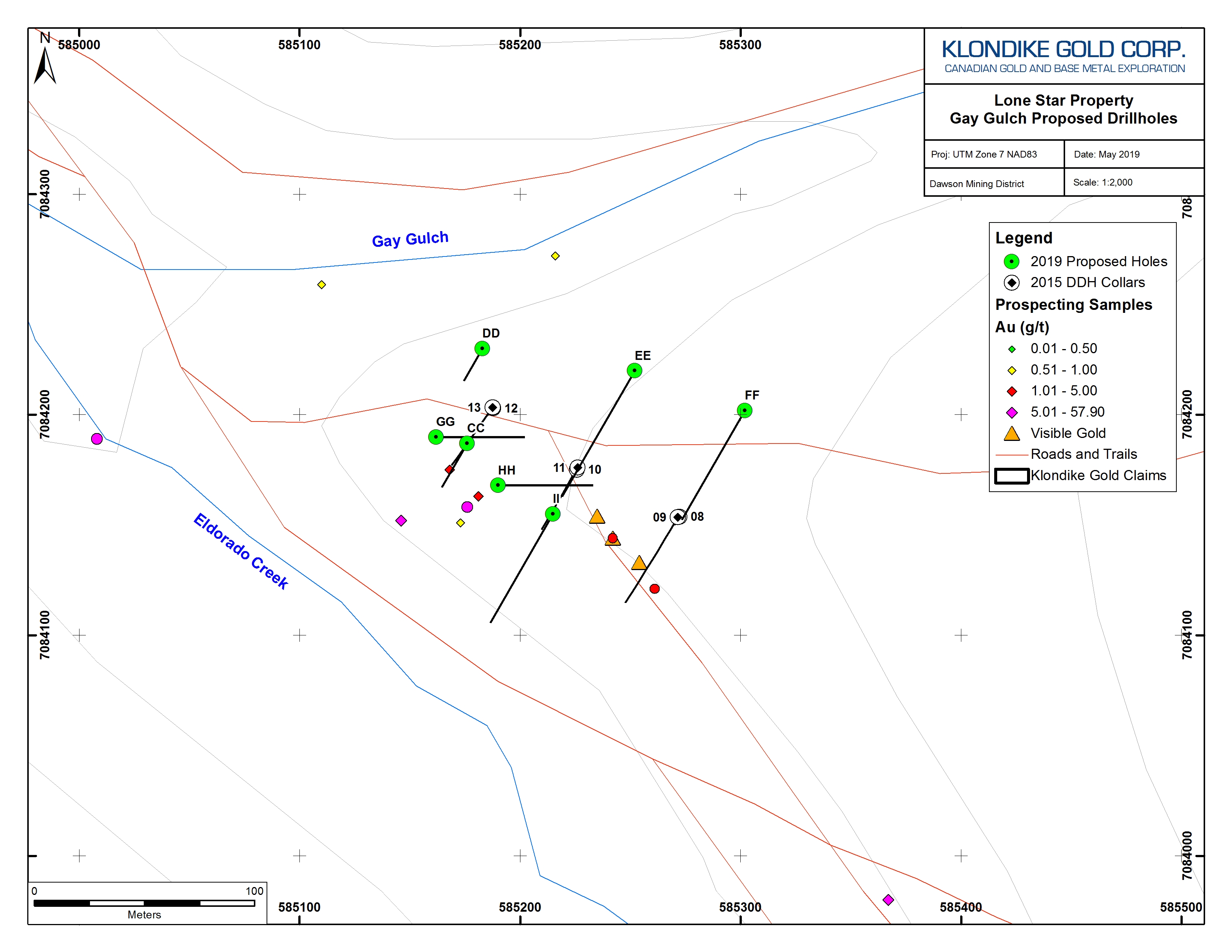